Did anyone notice? Alvin Greene is black. 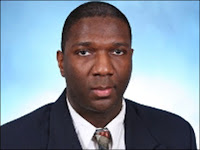 Well, back from a well undeserved vacation in Hilton Head, SC.

There was a lot of news and discussion there about Alvin Greene’s primary win. After his win the South Carolina Democratic Party asked him to pull out. Interestingly not a single media outlet that I saw criticized the Democrats for this by accusing them of being racist. Not a single one said that the only reason they asked him to pull out was because he’s black.

Had Mr. Greene run in and won the Republican primary and then been asked by the Republican Party to pull out, I can assure you that media outlets all over would have criticized the Republicans for being racist.