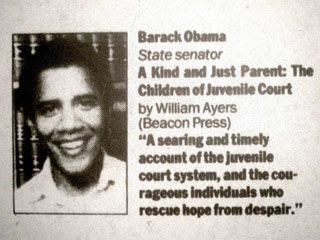 Oops, according to this on Foxnews there is yet one more previously unknown element to Obama’s relationship to William Ayers. This book BTW, endorses some of the same government agencies and tactics as were involved in the raid on the YFZ ranch. If I remember correctly, Rozita Swinton, who made the false claims against the FLDS (and who has still not been charged for filing a false report) was an Obama delegate from Colorado Springs. I’m not in to conspiracy theories, but this is interesting.